Critique: "The star of the day, came, saw & conquered all,
the epitome of a top class whippet, the standard could have been written around her"

Due to a fractured wrist Åge kindly stood in and took over the reins to steer
Pebbles to this wonderful achievement. THANK YOU ÅGE 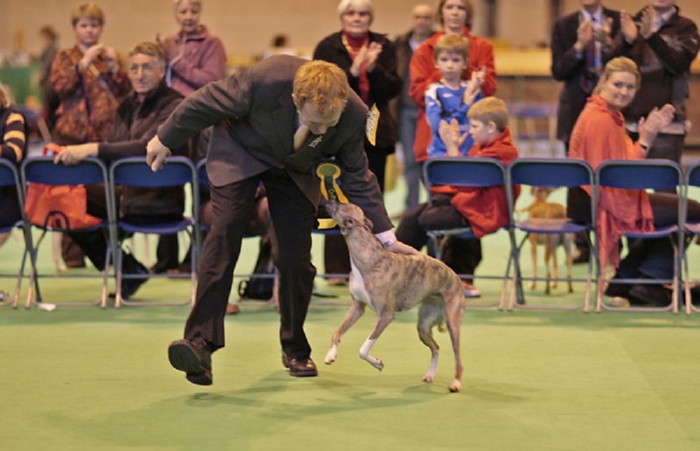 Judge Editha Newtons (Nevedith) critique:
Just stunning in both construction & movement, she just blew me away,
handled to perfection.